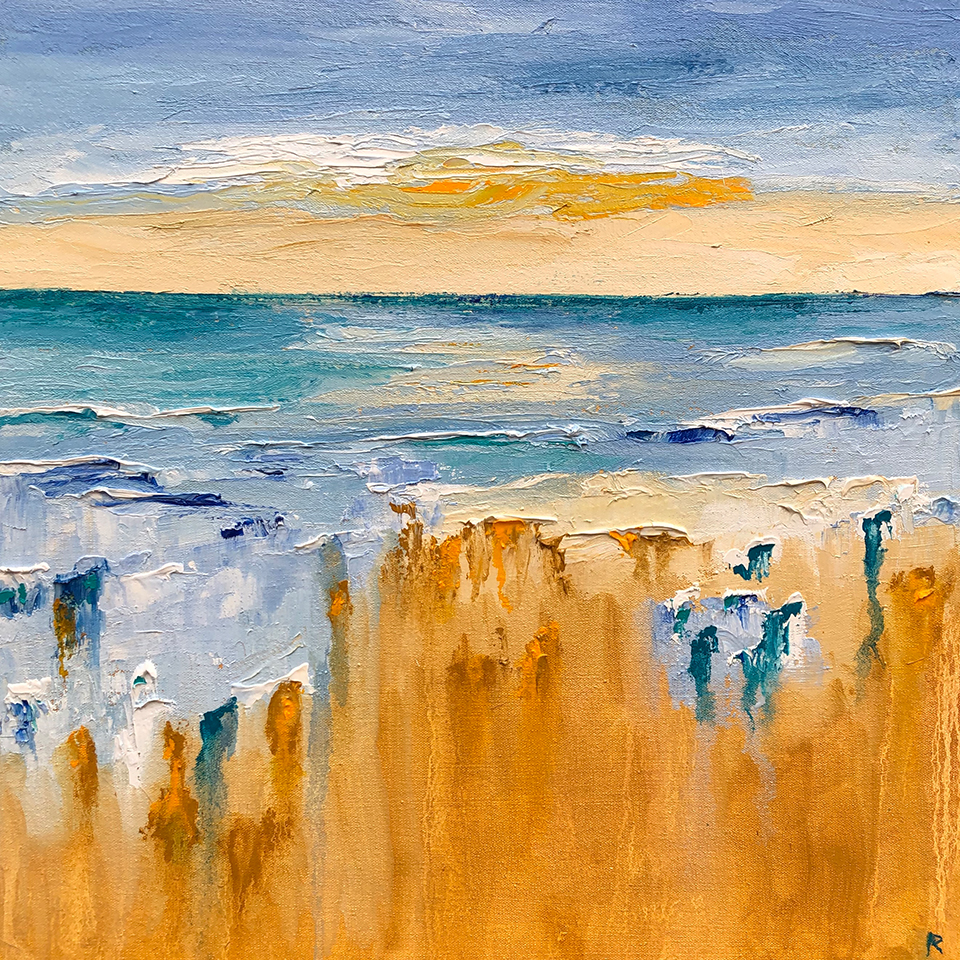 Ann has lived in Rochester, Kent, UK for 30 years. She spent 40 years working in the NHS as a Public Health doctor and began drawing and painting in 2007. Ann still draws mainly townscapes and sketches in preparation for her paintings. She works in oils principally land, sky and seascapes, often working directly out doors in front of the scene. Recently her work has developed to become larger, more abstract and expressionistic. Ann’s paintings are now often developed in the studio from her experiences en plein air, sketches and photographs, gaining inspiration from her travels in France and to the coasts of Cornwall and Normandy as well as her home county of Kent.

Ann developed her reputation as a plein air painter; working in the vineyards of the Loire Valley and around the Kent Coast where until 2017 she worked out of a beach hut in Whitstable. Ann has been painting in Whitstable for some 5 years, standing on the pebbly beach watching the tide ebb and flow, the morning mist across the Swale, the light on the horizon, the clouds coming in from the west over London, and the light out to sea to the north and east. The low tide exposes sandbanks, pebbles, seafood for the gulls to seek.

Ann now has a studio at the Nucleus Arts Centre in Rochester where she exhibits in the Halpern Gallery in Chatham and the Halpern Pop in Rochester; she also works from home painting in her conservatory and using her Attic Studio for preparing canvases and framing and storing her work. Currently Ann is working on a series of shoreline, sea and skyscape paintings around the Kent Coast and Cornwall.

Ann builds her own canvases using stretcher bars and 12oz cotton duck which she primes with 2-3 coats of acrylic primer and/or gesso. She usually coats the prepared canvas with turpsy red oil paint, often Indian red, sometimes Burnt Siena. When this is dry she lays out the scene with a thin coat of oil paints then building on this, firstly using a brush, then thick oil paint applied with a palette knife. The extent to which the painting is built with more impasto depends on the scene and mood. Ann’s style is impressionistic, representative tending towards some abstraction and expressionism.

Ann has been working on a series of paintings called Shoreline. This series depicts the beaches of Whitstable on the north coast of Kent and in Cornwall, at various times of day and year, state of the tide and weathers inspired by Ann’s experience painting on the beach. The series has been the subject of solo exhibitions in Ramsgate and Rochester.

Ann’s work is in collections across the UK and the US; she is represented by PAKS Gallery in Austria, Michael Joseph in Miami, Gabriel Fine Arts in London, Rossocinabro Gallery in Rome and in COLORIDA GALERIA DE ARTE in Lisbon. Ann also exhibits at Art Fairs, notably Roy’s Art Fair, the Parallax Art Fair, Talented Art Fair and East Sussex Art Fair. She also has a travelling exhibition of 10 large seascapes in oil with Little Van Gogh (www.littlevangogh.co.uk). 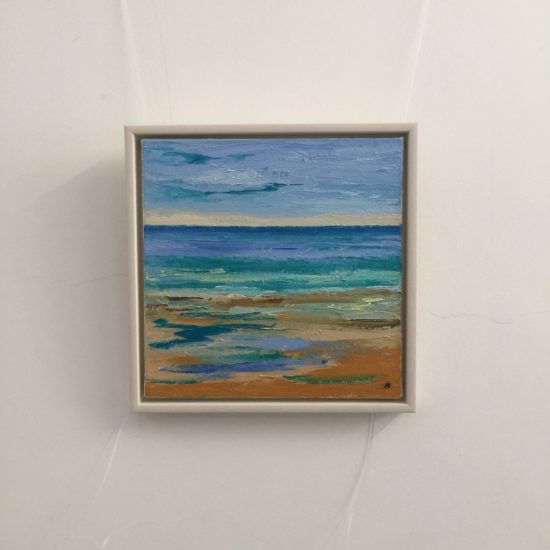 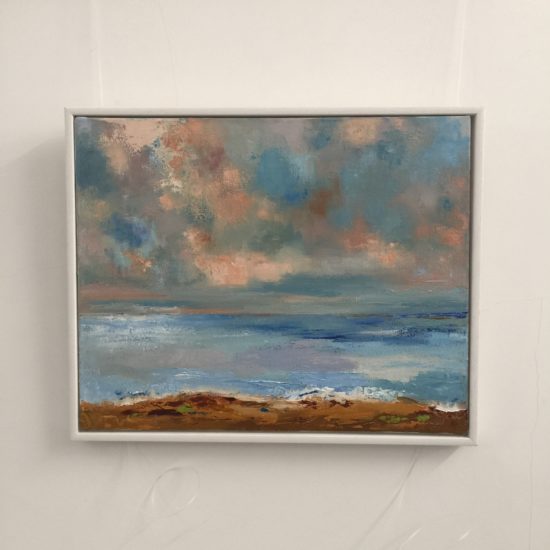 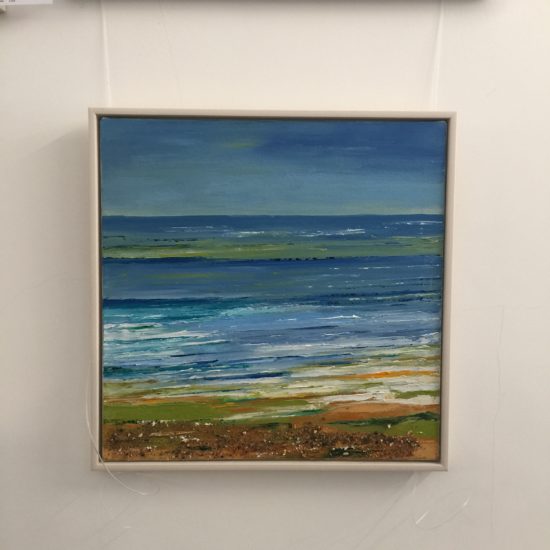 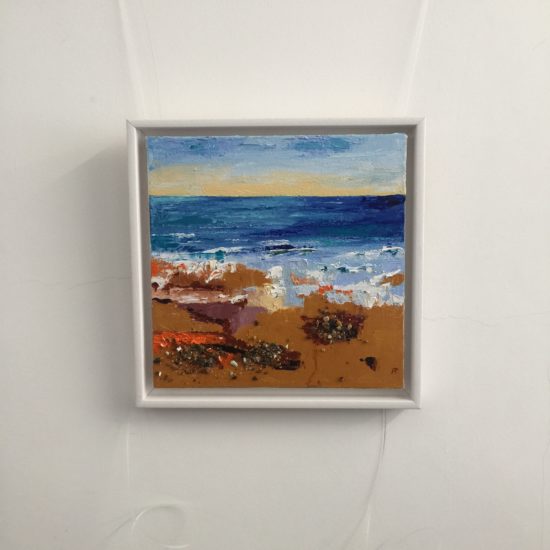 Pebbles are revealed at low tide
By Ann Palmer
£195.00 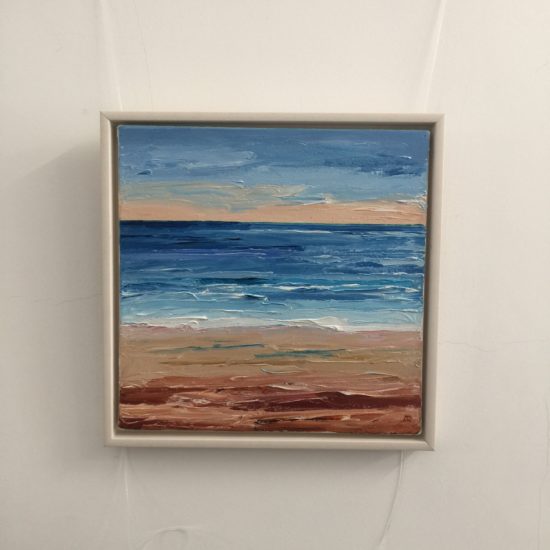 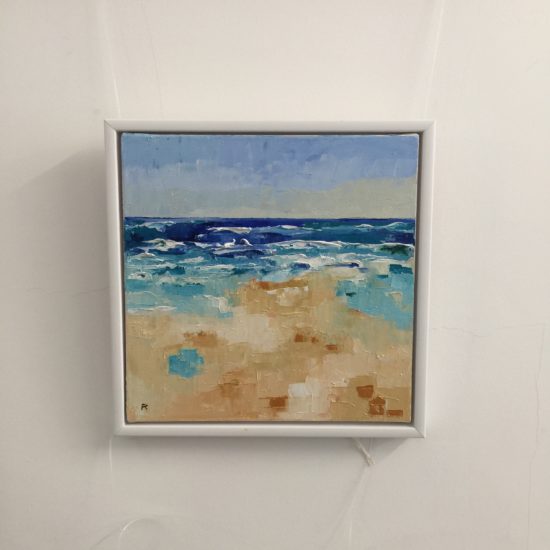 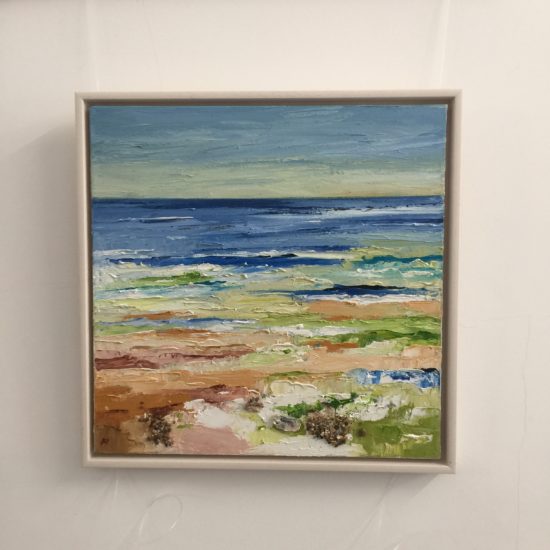 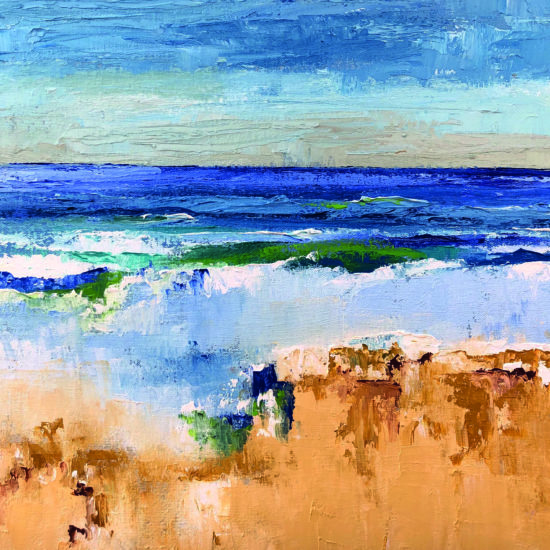 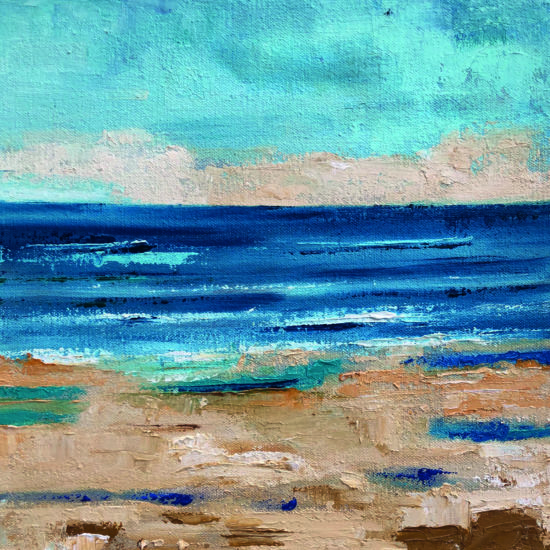 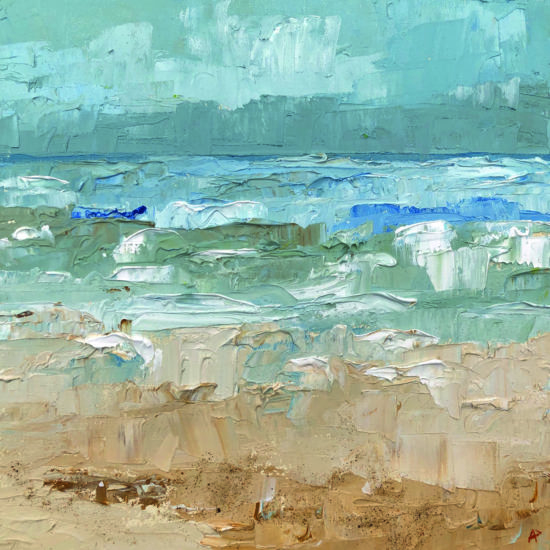 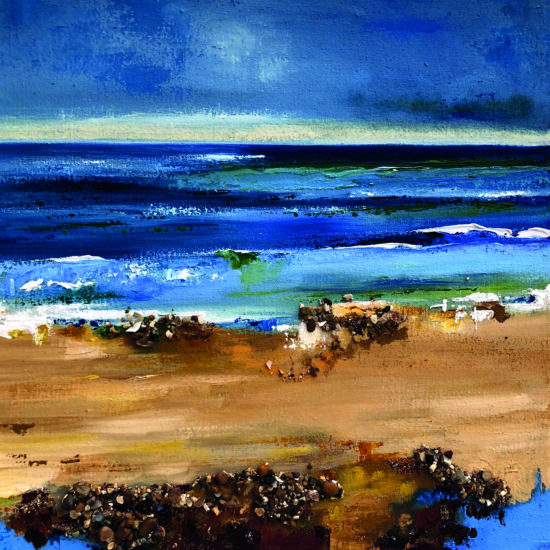